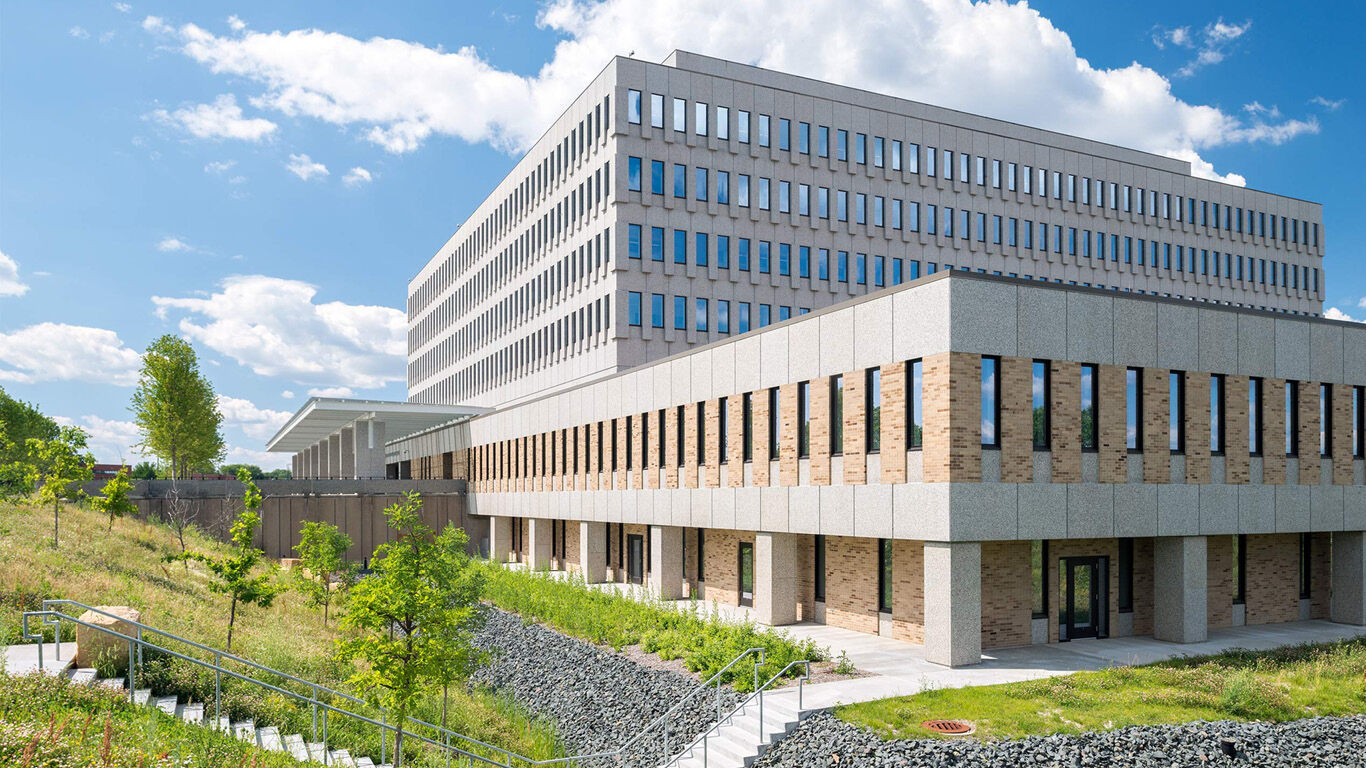 Located southeast of Minneapolis, Minnesota, the Whipple Federal Building was originally constructed in 1969. The 11–story building contained offices, conference rooms, a kitchen/dining area, detainee cells, forensics labs and courtrooms, and housed 1,400 employees and occupants, but its mechanical, electrical and life-safety systems had not been through any major changes in 40 years. The modernization of the building, funded through the American Recovery and Reinvestment Act (ARRA), had four primary objectives:


At the heart of the plumbing system upgrade was a 72-panel, roof-mounted solar domestic water heating system. The new system required:

Jason Zitzloff with Brekke Sales Company worked with HGA engineers to specify two 1750 gallon AquaPLEX storage tanks to store and supply water. The tanks were specifically chosen for their ability to withstand high temperatures and because they have a long life. The all-AquaPLEX construction of these storage tanks allowed storage of water up to 180°F to maximize the energy captured by the solar panels and to accelerate the return on investment. Their 25-year warranties will last long-past the project’s expected 14-year payback. The system was sized to meet roughly 66% of the domestic hot water load. Two 999 MBTU Tricon gas condensing water heaters, located in the basement mechanical room, will meet full load when solar thermal is not available.